With gardening listed as a hobby for over half the adult population of the UK  there are a lot of people at risk of injury now that the weather is improving and the start of gardening season is here.

At Physio & Therapies the first warm weekends in the spring and early summer usually brings us a rash of injuries from back strain to stiff shoulders presenting at our clinic, so here is our advice on how to avoid unnecessary discomfort.

The most important piece of advice is to pace yourself.  Rome wasn’t built in a day and your garden won’t be either!  Break jobs down into manageable chunks and give yourself the reward of a break with a cup of tea when you’ve done each part.  It’s best to stop every hour for at least 10 minutes.

END_OF_DOCUMENT_TOKEN_TO_BE_REPLACED

Come and join me for a one day immersion into the wonderful world of Homeopathy. Not sure what it is? How do you use it? How often do you take the remedies? Are they safe? All these themes will be explored during the day ensuring that you will go home a more confident prescriber, able to treat minor acute health problems.

Using it myself in a first-aid situation was how I discovered Homeopathy and experienced first hand its efficient and gentle capacity to restore health.

Lets go back to April 2012….I had landed a job cheffing on a yoga retreat in Greece for 3 weeks over Easter. Sounds great doesn’t it? And it was, but it was REALLY hard work. Cooking for 40 people everyday and evening is a difficult task, coupled with the Mediterranean heat it meant I wasn’t getting enough sleep and not enough sleep plus hard work takes its toll on the body.

END_OF_DOCUMENT_TOKEN_TO_BE_REPLACED

How can tennis balls help with knots in your muscles? 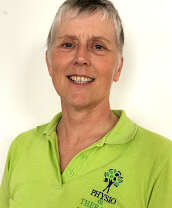 In today’s post I am going to give you a few tips on how to help yourself when you have achy, tender knots in your muscles.

Muscle knots appear in various muscles in the body and are known as trigger points. You can tell if you have one because if you press or squeeze them they can hurt! Often a lot! They can also radiate pain into another part of your body, so you might squeeze your leg muscle but feel a pain in your foot, for example.  Here at Physio and Therapies  they are one of the most common things we find when we assess clients who come for help with a wide range of problems.

END_OF_DOCUMENT_TOKEN_TO_BE_REPLACED

Has your New Years’ resolution broken you?

About this time in January of each year, Physiotherapists start to see the ‘new year resolution’ injuries. So today I am going to have a little rant about over doing it. I will give you some top tips on how to stay safe while you are getting fitter. So what is a New Year resolution injury? Well you know how…

END_OF_DOCUMENT_TOKEN_TO_BE_REPLACED

Notes from a Pelvic Health Physiotherapist

When arriving to do my ‘Women’s Health’ elective placement in 2000, I thought I’d observe Pregnancy classes, talk to ladies about bladder care, teach exercises to do after a Hysterectomy, and teach Pelvic Floor exercises.  To my horror, I met my clinical educator for the next 6 weeks… coming out of fracture clinic with a BROKEN right arm!  So I became her right hand, LITERALLY!  That afternoon, she guided me through a vaginal examination of a new mum with weak pelvic floor muscles and leakage after having her baby; rectal Biofeedback on a 25 year old gentlemen who had been in a diving accident which left his anal sphincter weak and we examined a lady with a vaginal prolapse and taught her how to manage it. From then on I was hooked and most of my training since has centred around Pelvic Floor/Continence.

‘Women’s Health’ is now more often called ‘Pelvic Health’, in many hospitals/clinics not only because it is a more accurate description, but in sympathy with the poor men having to hide at the back of the waiting room of the ‘Women’s Health’ clinic!

END_OF_DOCUMENT_TOKEN_TO_BE_REPLACED

Training The Brain To Release Tension, Stress and Pain

There is a damaging belief prevalent among fitness fanatics that there is “no gain without pain”. We have been led to believe that you cannot have a good workout until you “feel the burn”, but doctors, physical therapists and bodyworkers tell us a very different story. That pain is, in fact, our body’s natural way of indicating something has gone awry. That pain is a flashing warning light on your body’s dashboard.

Another common misconception which is accepted in most people’s lives is the belief that as you age you will suffer more aches and pains. But what if a lot of those aches and pains are a result of chronically tight muscles?

END_OF_DOCUMENT_TOKEN_TO_BE_REPLACED

How can Physiotherapy help me?

Many people lump Physiotherapy into the same category as less proven “alternative treatments” and it’s also confused with massage or chiropractic therapy.  But Physiotherapy is different and this is the story of a Physio patient, Susan, in her own words.

“It was the prospect of being forced to give up cooking that made me try Physiotherapy. My hands and wrists had ached ever since I’d binged on note taking by hand and on my computer at college.  My doctor gave me a blood test to rule out arthritis, but she had no idea what to do next. My husband, Andrew, had been urging me for years to try Physiotherapy, but I assumed I had the kind of permanent damage that nothing short of surgery could address. However, I knew that if my hands got much worse, I wouldn’t be able to cook—or make a living as a writer—so I finally made an appointment with a Physiotherapist.

END_OF_DOCUMENT_TOKEN_TO_BE_REPLACED

Is your phone or tablet a pain in the neck?

How many hours a day do you spend on your phone, on your tablet or at a computer screen?  What is your head doing right now? If you’re reading this using your phone, laptop or tablet, chances are you’re hunched over with your head tilted down. Research has found that this position, called ‘text neck’, can lead to bad posture and cause pain in your neck, head, shoulders, spine and even down your arms.

Recent research shows that 79% of 18 – 44 year olds have their mobile phone with them almost all the time – with only 2 hours of their waking day without their phone at hand. Many of us rely on smartphones and tablets to communicate for work and to keep in touch with family and friends throughout the day and we setting ourselves up for a future of pain and discomfort.

END_OF_DOCUMENT_TOKEN_TO_BE_REPLACED

Not tonight love, I’ve got a headache!

Migraines are now listed in the top 20 disabilities by the World Health Organisation  and a survey of over 120,000 households found that four out of ten females and two out of ten males respectively will experience migraine at some stage in their lifetime – most likely before age of 35 and that the greatest frequency of attacks are likely to occur between the ages of 20 and 24 years in females and 15 to 19 in males. The authors reported that these findings were in accordance with previous studies. (Stewart WF, Wood C, Reed ML, Roy J, Lipton RB. Cumulative lifetime migraine incidence in women and men. Cephalalgia 2008;28:1170-1178)

Clearly this is a significant problem for many people!

END_OF_DOCUMENT_TOKEN_TO_BE_REPLACED

Ease away aches, pains and anxiety with Reflexology

“If you’re feeling out of kilter

Don’t know why or what about

Let your feet reveal the answer

Find the sore spot work it out”

Reflexology is one of the oldest healing practices in the world as evidenced by Chinese and Egyptian texts, illustrations and artefacts.  Cleopatra’s lover Mark Antony was reported as being particularly skilled in the area of foot massage, provoking the scorn of his rival Caesar, who, on witnessing Mark Antony massaging Cleopatra’s feet at a party remarked that “it showed his pathetic enslavement to her”. Another, much more recent female icon, Princess Diana is also reported to have had reflexology 3 times a week.

However, Reflexology is not just a luxury treatment enjoyed by goddesses but can also be beneficial to pets, babies, people overcoming addictions, people with and recovering from cancer and those living with Alzheimer’s, to name a few.

END_OF_DOCUMENT_TOKEN_TO_BE_REPLACED

Following government guidelines regarding the opening up of certain business sectors, we are now able to conduct face to face appointments.

These will be subject to certain criteria that our governing body has put in place.

To arrange an appointment please email us at info@physiotherapies.co.uk or call us on 01706819464 or check out our reopening news